NEW ALBUM ON THE WAY!

The follow up to Sanae's first recording "Purple Night" is on the way!  "Distant Friend" is the next recording that features all of the great artists who were on "Purple Night" but with BRAND NEW music!  Check out the sample below! 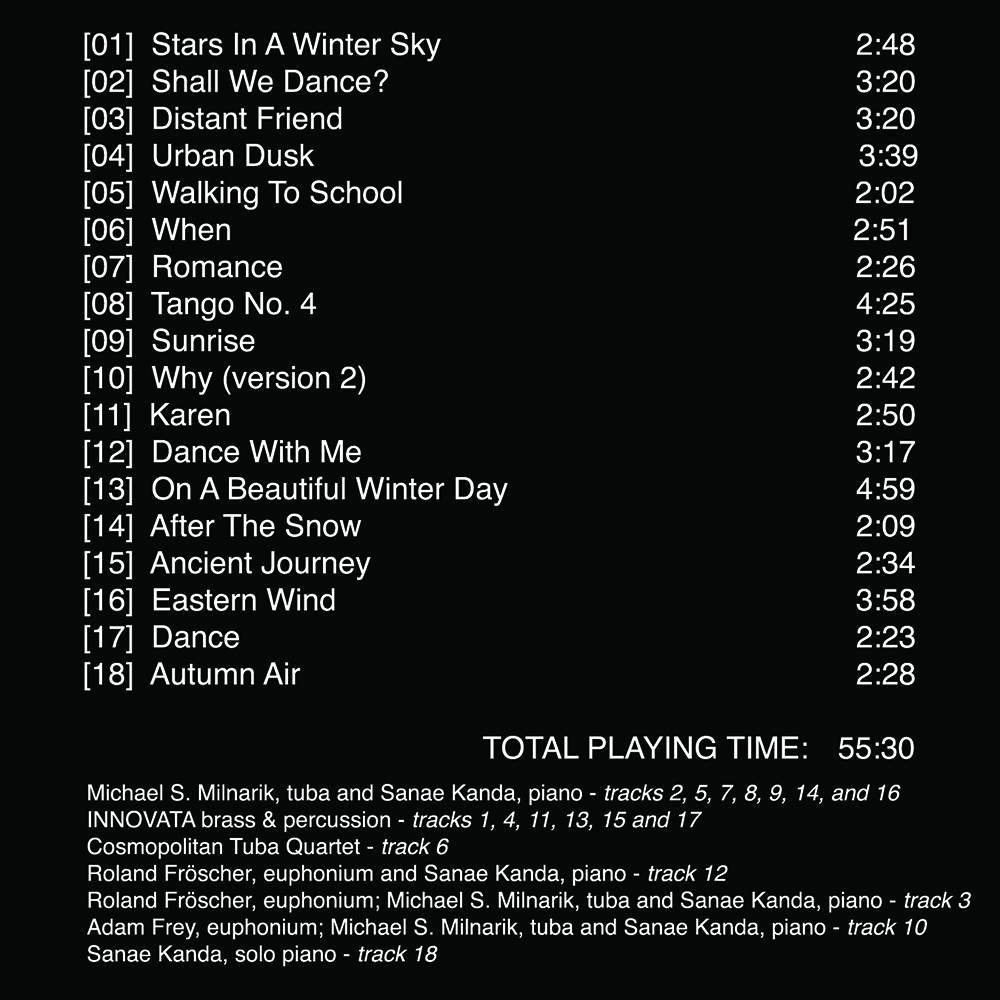 FINALLY!  The long awaited CD of my music Purple Night is being released on November 30, 2014!  Lots of obstacles got in the way, but it’s now finished.  I am excited to tell everyone about this recording, especially the long list of people that made a financial contribution directly or through my Kickstarter campaign.  In addition, all of the great musicians that appear on this recording are just stellar!  So pumped for you all to hear it!  Check out the streaming audio in the “SHOP!” section of my website www.sanaekanda.com

Are you performing Sanae Kanda’s music somewhere?  Well, send an email to events@sanaekanda.com and you’ll receive an auto response that will let you know what information we need so that we can advertise your performance on Sanae’s performance calendar!  It’s always great to know when Sanae’s music is getting played!  So…let us know!

After having produced the two tracks recorded by the Cosmopolitan Tuba Quartet for my CD project - I was asked to produce the CTQ’s first full length CD!  The Cosmopolitan Tuba Quartet (Roland Fröscher / Adam Frey, euphoniums and Matthew K. Brown / Michael S. Milnarik, tubas) recorded their new album in Reading, Pennsylvania.  The recording is made up of rock transcriptions for tuba quartet!  I am very fortunate that the group recorded, on this album, two new pieces that I wrote for them - “…don’t know” and “Endearment II.”  The new recording is slated to be released in 2015 and my two pieces should be published by then, as well.